Nick FEDAEFF (1965) is an artist born in 1965. Nick began his career as a singer, composer and Russian interpreter in 1988. He worked in the world of music for several years before undertaking multimedia art in 1996, which led him, eight years later, to produce abundant visual pieces.

Nick is prolific and passionate and he spends most of his days drawing sketches either in his atelier, based in Auckland, New Zealand, or during his trips, on pieces of paper or directly on the computer, which he later uses to make his pieces. He uses oil paint as much as he uses acrylic paint and he likes to work on all kinds of formats. Nick adapts his technique to the subject of his canvas and his canvas to the size of the studio where he makes his creations. The artist is interested in studying the Great Masters and keenly goes to exhibits. He also does not hesitate to adopt techniques dating back in time, such as the superimposition of layers of painting when working with oil paints.

Nick draws inspiration from observing pieces from the artistic world but also by witnessing life and dreams, attempting to translate characteristics of the senses, conscious or unconscious, that any living being can feel into images – such as the feelings of surprise or awe, the hallucinatory aspect of a dream or even the absurdity of life-. The artist composes stories, either by reinterpreting paintings he admires, or by creating his own narratives, populated with quixotic characters, always oscillating between dream and reality 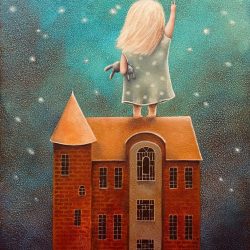 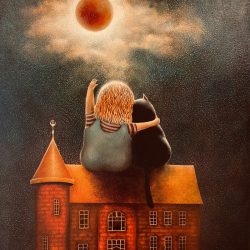 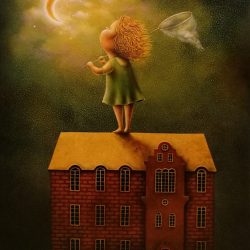 We are pleased to announce the reopening of our gallery, it will be great for us to be able to meet you again with great social distancing control.
Operating hours during RMCO
Mon – Fri : 11am – 5pm
Sat, Sun & public holiday: by appointment only